Ethereum to merge on Sepolia Testnet by July 6

The Ethereum team has officially announced that the Ethereum merge will be deployed on the sepolia testnet by July 6.

The Ethereum merge which is more of a prerequisite of the Ethereum 2.0; gives a practical insight as to how the new Ethereum will operate on the mainnet.

Since 2020, the Ethereum team has co-operatively worked to see that Ethereum’s scalability problem is solved, and the only way of successfully tackling this problem is by building an upgraded blockchain. 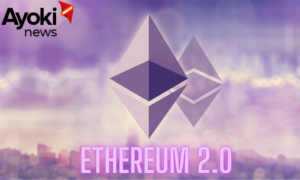 This upgraded blockchain – best referred to as Ethereum 2.0 or Eth2 – will run on a Proof-of-stake consensus mechanism.

This will be in contrast to the previous consensus algorithm the present (at this time of writing) Ethereum blockchain operated on (PoW).

Before Sepolia, Ropsten testnet was the first testnet to experience the merge on June 8.

The merge with these testnets showcases a model of the new consensus mechanism on which the new Ethereum will operate when it merges with its mainnet.

After the successful merge with Ropsten testnet; the Ethereum team’s next step is deploying the merge on two more testnets – Sepolia and Goerli -.

Contradictory to the hype and buzz about the Ethereum merge on testenets; Galaxy Digital analyst Ms Christine Kim took to her Twitter handle (in a thread) to unfold the discovery of the Ethereum developers. 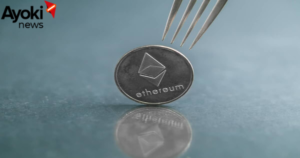 According to the thread; the developers had a debrief of the mainnet shadow fork and in short; it was reported that 20% of the nodes dropped off right at the merge and even more dropped off thereafter.

Issues leading to the unfortunate happening include; the Erigon nodes having a problem connecting to other peers, and also the concurrency bug on the Hyperledger Besu node amongst others.

All in all; many issues were discovered, and while these issues may not directly be related to the merge; it proves that the team is not fully ready for the merge, but the outstanding issues are currently being fixed.

Regardless of the outcome of the shadow fork and its forecast of the potential downfall of the merge.

The developers are optimistic and planning on executing the merge on the Sepolia testnet, which will be the second testnet to be merged on the 6th of July.