The US-based crypto broker – Voyager Digital Ltd made an official announcement on their Twitter handle; notifying users of the new update the company was making concerning trading and withdrawal of funds.

The US-based crypto broker – Voyager Digital Ltd made an official announcement on their Twitter handle; notifying users of the new update the company was making concerning trading and withdrawal of funds. 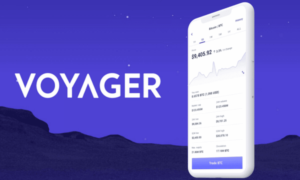 The reason behind such actions is due to the recent market downward trend. With Bitcoin ad other Altcoins going below 50% and significant crypto companies crashing; taking drastic and unethical measures was the company’s only alternative.

“This was a tremendously difficult decision, but we believe it is the right one given current market conditions” – words from the chief executive officer; Stephen Ehrlich.

He also added that the decision the company has taken would give them extra time to plan and strategize a better alternative while still preserving the value of the Voyager platform. 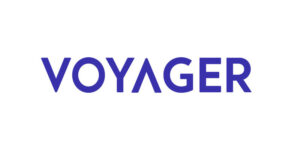 How did users take the news?

Users of Voyager expressed their displeasure with the company’s decision to withhold funds from them. Regardless of the reason(s) behind Voyager’s decision; users still believed that the actions taken were contrary to the standards of the company.

“How is it the right path forward? We, as customers, put our money in Voyager for USD and stablecoins and you said they are insured. We need to know THE TIMELINE when we can expect to make withdrawals. It’s NOT your money”

Other comments relative to this proved users’ doubt concerning the safety of their money on the platform.

With the actions taken by the company and the reaction gotten from users; there is a high chance that if withdrawals should become operable; a lot of users will quickly withdraw their funds from the platform to be on the safer side.

Voyager suffered a drop of 43% in US trading after the news was given; placing it as one of the worst-performing crypto stocks. Aside dropping in stock value; Voyager is also dealing with the $675 million bad debts it incurred with Three Arrow Capital.

With all these terrible happenings in the crypto space; what could be the future of Voyager Digital Ltd?