by Victor Amadu
in International News
0

Prime Minister of the United Kingdom (UK), Boris Johnson, may today, resigned from his position, as reported by Sky News.

In the past few days, Boris Johnson had been under heavy pressure to resign from his position as Prime Minister after more than 50 resignations from positions across the government.

According to a No. 10 source, Johnson agreed to resign after speaking with Sir Graham Brady, the head of the Conservative backbench 1922 Committee. 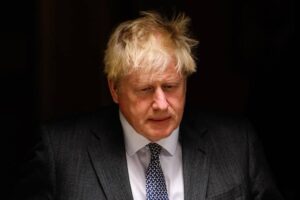 War: Your new defense assistance is bringing victory against Russia – Zelensky thanks Biden